Enter your date of birth

“Welcome back, Agent. The world needs you now more than ever.” – Charles Goodwin, Agency Director

Crackdown 3 features a brand new story Campaign that you can play alone or with a friend in two-player co-op over Xbox Live. Explore the dangerous streets and treacherous heights of the island metropolis, “New Providence”. Use your powerful Agent Skills and an arsenal of weapons and equipment to bring the leaders of the cruel and corrupt “TerraNova” corporation to justice.

As the game begins, the whole world is in peril. “Blackout” attacks have thrown cities into chaos. Millions of refugees are on the move. And at the heart of the mystery… is a strange element known only as “Chimera”. Now it’s up to the Agency to liberate New Providence and stop the Blackout before the whole world plunges into darkness. Time to step it up, Agent!

Along with the franchise favorite Agency Director, Crackdown 3 features an all-new cast of characters. These ruthless bosses of TerraNova will protect their divisions with everything they’ve got. When you hit them, they’ll punch back even harder, unleashing retaliatory attacks that can strike anywhere in New Providence. Destroy TerraNova assets to weaken the enemy bosses, assault their soaring towers, and terminate their employment.

Wrecking Zone is Crackdown 3’s explosive multiplayer mode where two teams of 5 hyper-agile Agents fight for supremacy in cloud-powered arenas of unprecedented destruction. This is where you really step up your boom!

The Agency is the world’s most elite law-enforcement unit, and the Wrecking Zone is its combat simulator, where Agents train with the best to be the best. Earn rewards and bragging rights as you test your mettle on multiple maps and modes. But that’s not all…

Using the power of Azure Cloud Services and Xbox Live, Wrecking Zone enables fully destructible environments. Everything is an object you can break. No door? No problem. Use a rocket to blow a hole straight through a building! Enemies escaping across a skybridge? Unload with your minigun and take the whole bridge down! Want to topple a whole skyscraper on your enemies? You can do that—and more—in Wrecking Zone. 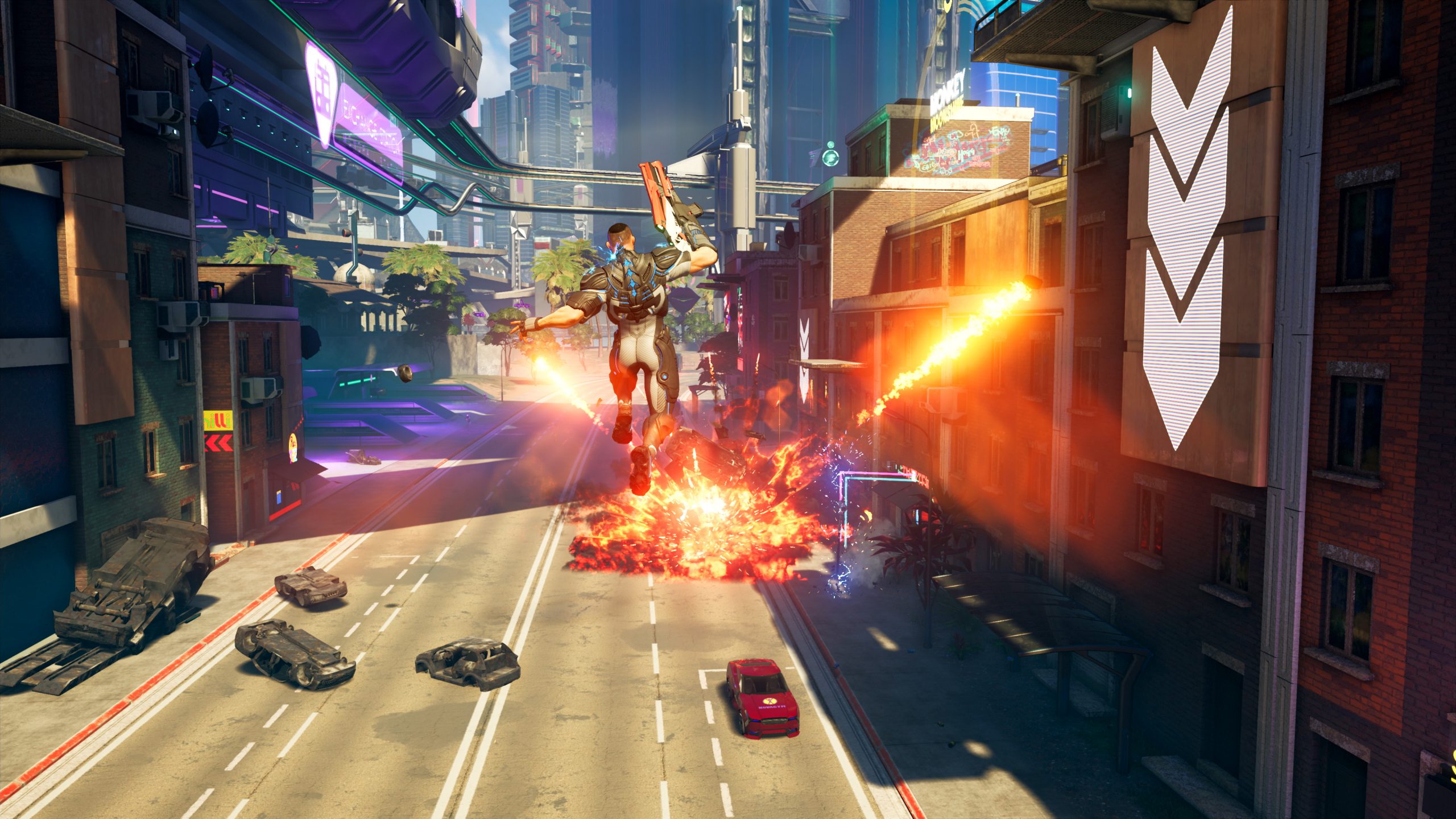 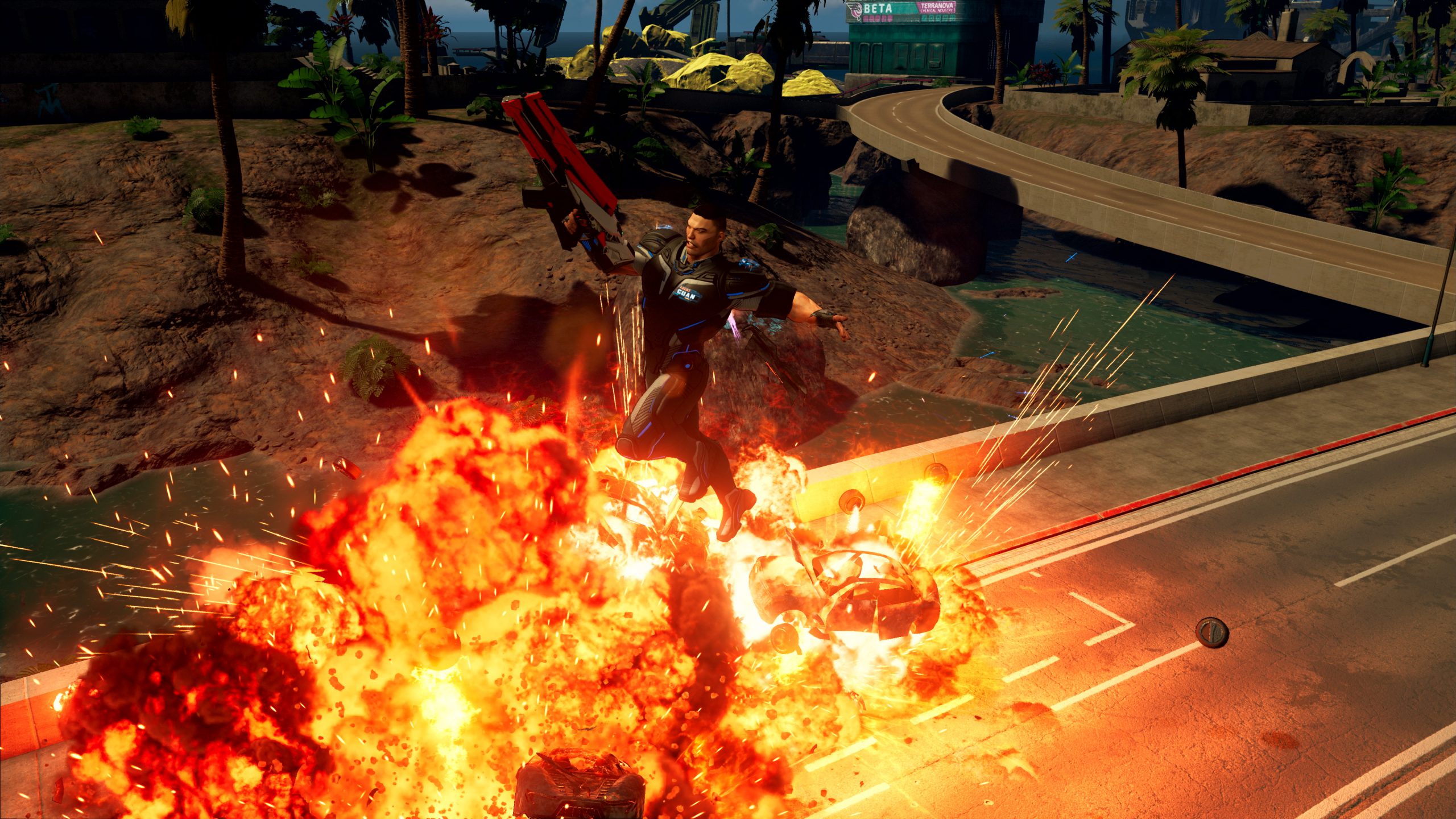 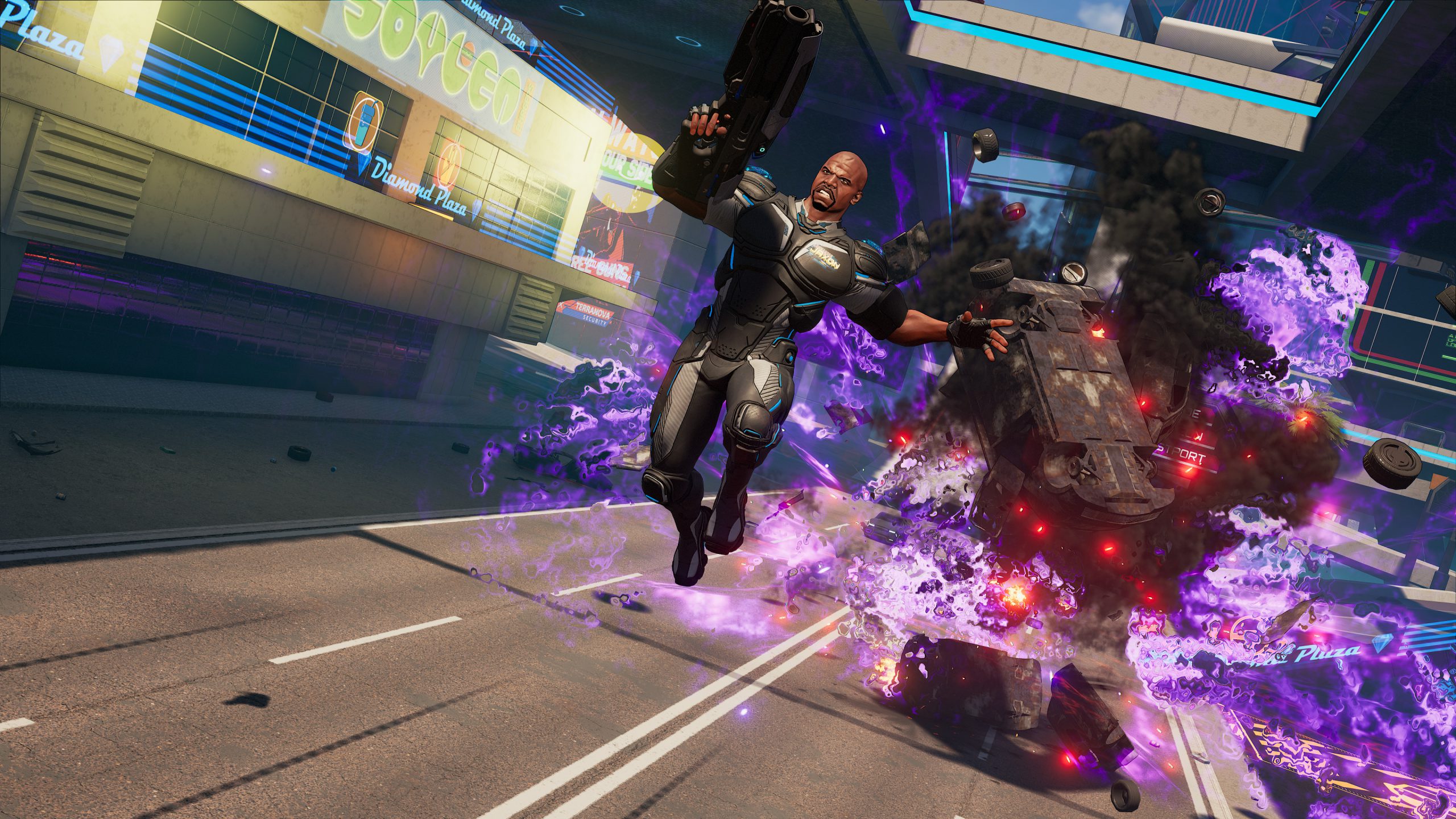 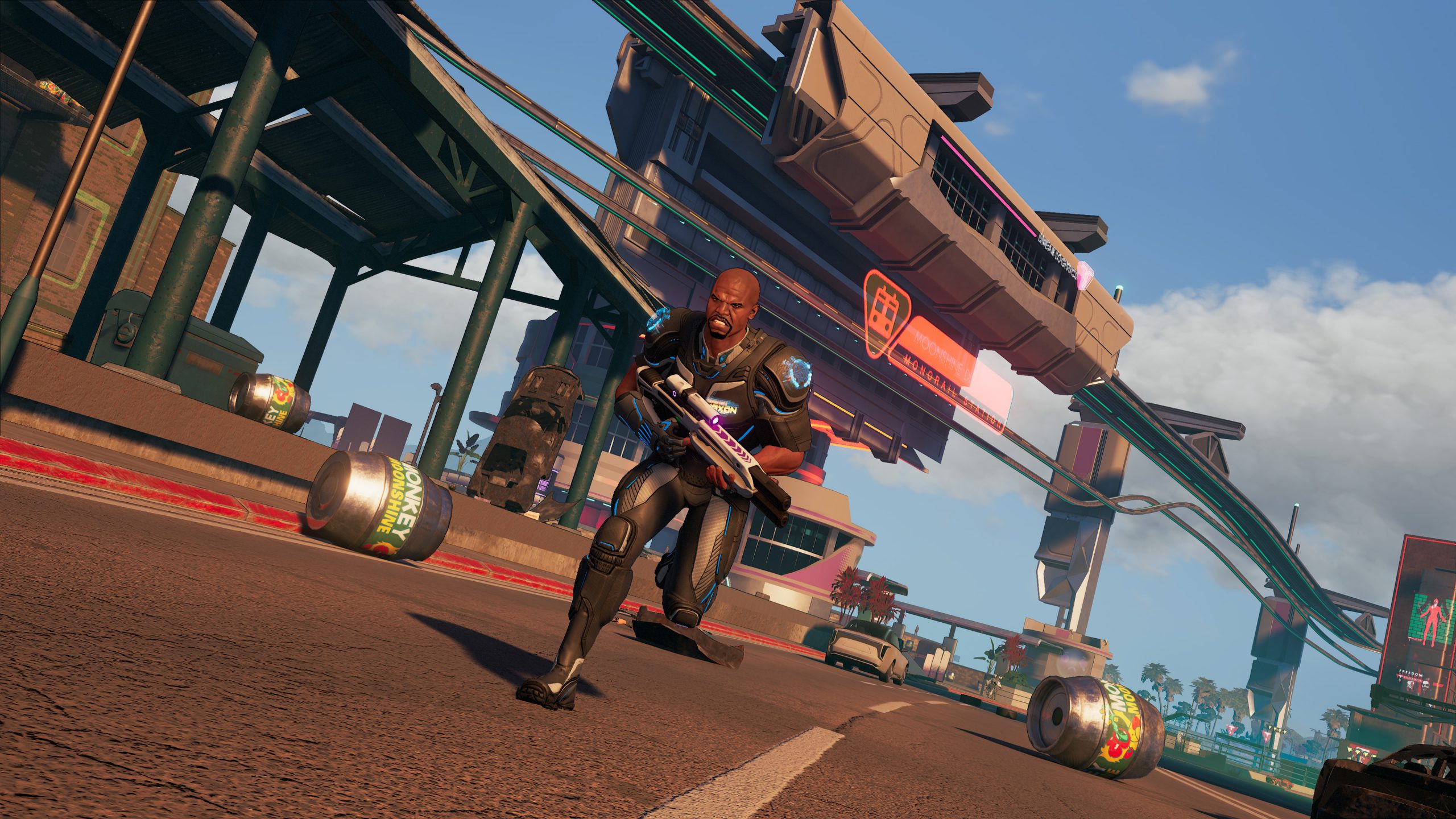 As a super-powered Agent of Justice, you're no ordinary member of the law. Collect Orbs and level-up your Agility skill to move as fast as lightning and clear enormous skyscrapers in a single, vertigo-inducing leap, as you explore the vertical world of Crackdown 3.

Agents in the field have a wealth of options when it comes to making things go Boom. Choose your favorite form of detonation, blow-up the bad guys, and level-up your Explosives skill to create even more unforgettable devastation... all in the name of Justice, of course.

Being an Agent is about making an impact on the world — and especially on the enemy. Level-up your Strength through close-quarters super-charged combat, or by wielding everyday objects as lethal weapons. Today you're throwing punches, tomorrow you'll be throwing cars.

As an Agent, your aim is unwavering, and the weapons at your disposal are beyond cutting-edge: Auto-Pistols, Carbines, Miniguns, Vortex Cannons... even Arc Rifles that chain blast multiple targets at once. Level-up your Firearms and you'll become a walking arsenal of Justice. Lock-on, unload, reload, repeat!

A good Agent is adept behind the wheel, able to weave through traffic at a hundred miles an hour and perform complex maneuvers in all manner of mobile machinery. Level-up your Driving skill by mastering Road Races and other challenges, and you'll unlock the most advanced transforming Agency Vehicle ever made. Speed. Wall-climbing. Combat. 'Nuff said.